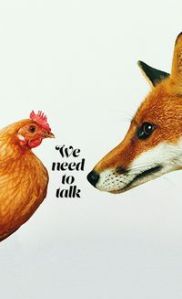 We Need to Talk has just been released by Jurassic London, the same folks who published Jews vs Aliens. I have a story in this new anthology, which is themed on ‘difficult conversations’. I am very pleased with this because it’s the only story I’ve written that comes to a mere 2000 words. When I’ve previously submitted 2000-word things to critiquing groups, I received comments along these lines: “This reads like the beginning of a novel.” But wow, here’s my first proper short short story. I’ve pretty much decided on this one for my reading at Fantasycon.

Jurassic is a not-for-profit publisher specialising in charity and benefit books. It worked with the Kindred Agency to produce and promote We Need to Talk, and proceeds will go to the Eve Appeal, a charity dedicated to supporting research into the early detection and prevention of women’s cancers. The stories were selected by Susan Armstrong, Anne C Perry, Anastasia Scott and Athena Lamnisos.

My story “Keep Them Rollin” in this anthology involves Universal Credit, quantum computing and multiversal weirdness, which results in a very difficult conversation indeed… It was inspired by my involvement with Boycott Workfare, which campaigns against forced unpaid labour and benefit sanctions.

When I was researching ‘in-work conditionality‘, the extension of sanctions and compulsion to low-income workers who claim top-up benefits, I never expected it to turn into a story. At the time, I was investigating a pilot scheme that started last April, reading through the DWP’s guidelines for ‘job coaches’ (once known simply as advisors) who would be harassing working claimants on these pilots. They were advised to initiate ‘challenging conversations’ with their ‘customers’.

And then when Jurassic London sent around an email announcing a competition for short fiction about ‘difficult conversations’, the story took shape.

A few of my friends have died from gynaecological cancers, so that’s another reason it means a lot to be in this anthology. I’d like to dedicate “Keep Them Rollin'” to my good friend Jill Allott, who died in 2012 from a secondary brain tumour related to ovarian cancer. Here’s a photo and a link to a little bio in History Made At Night. This was based on a Facebook tribute I wrote before I’d joined the blogosphere. Jill was a former stalwart of Brixton squatting and a wonderful friend, whose enthusiasm boosted many anarchist, feminist, lesbian/gay and community projects.

Jill has also come up again in my thoughts because I’ve just been interviewed for a forthcoming documentary, London Rebel Dykes of the 1980s, which brought back many memories of her. In fact, we went together to the infamous Treworgy Tree Fayre festival in 1989 – referred to in the story – along with a posse of other friends. So this story belongs to Jill in many ways. And it is now available here on my Free Fiction page!

Jill Allott on drums in our late 1980s-era band, the Sluts from Outer Space