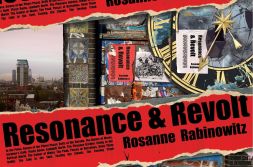 Time to highlight a wonderful and thought-provoking review of Resonance & Revolt from Rachel Hill at Strange Horizons. It’s been out for a few weeks so yeah, I don’t exactly blog at the speed of light. But in case you’ve missed it, I’m here now to share it and express thanks and appreciation for the knowledge Hill brings to the review.

To begin with, she has a winning familiarity with the history of south-east London: “A location which, from the 1381 Peasants’ Revolt to 1977’s ‘Battle of Lewisham’ (where local counter-demonstrators prevented the far-right National Front from marching), has a rich history of revolt and features heavily in her stories.”

Some reviews inspire writers to look at their own work in a new way and that’s the case with this one. Hill references the writing of philosopher Ernst Bloch on music and the utopian impulse when discussing my story In the Pines  (natch, Ernie now occupies a place on my TBR list):

“Bloch places music as the foremost form of utopian impulse, as it affords “ways in this world by which the inward can become outward and the outward like the inward” (Spirit of Utopia, p. 231). These ways of being are full of productive “revolutionary tension.” In other words, music yokes together listeners in a shared experience of resonance which can be the basis of collective action. Similarly, Rabinowitz echoes Bloch’s structure of harmonious oscillation between self and world(s), prompted by music, as demonstrated by the collection’s first story, ‘In the Pines’.”

Hill coins a cool new word: resonacting or a “process of resonance which catalyses new action”. Such resonaction “refracts throughout the collection, propagating further revolt through new and extended frequencies”. 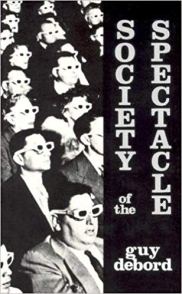 She stresses the prominence of psychogeography in my stories and the role of the dérive, a concept that comes from Guy Debord (his classic text pictured left) and the Lettrist and Situationist International. A dérive is a critical wander through a city or a landscape that opens up our understanding of the environment and how it manifests its social history. It can involve breaking out of everyday relations and discovering new ways of occupying space. She suggests that Evelyn in Return of the Pikart Posse goes on a dérive through the town of Tábor and the ruins of a fortress that had been occupied by the free-loving anti-authoritarian heretics that she is researching: “Evelyn attunes herself to the resonances of the Czech landscape, enabling her body to become a channel, or a transtemporal site.” Transtemporal – I like that.

At the time I wrote the story I was thinking: hey, Evelyn’s pissed on the pivo and having a wander. As you do. While I’m no stranger to psychogeography and situationism – and I’ve taken part in activism where they were influences – I wasn’t thinking about these elements consciously.

But yes, my character is indeed dériving under the influence of heightened emotion and perception (perhaps helped by a few drinks) and a deep longing to connect with the past and a different kind of future. And then there are sensual encounters with “psychic residues”, an idea that casts some of my motifs in a different light too.

Hill also offers insight into The Turning Track – co-written with Matt Joiner – and the way its multidimensional train unites the layers charted throughout the collection.

I’ll add that after reading Rachel Hill’s piece, I reacquainted myself with the general excellence of the reviews and critical essays in Strange Horizons – which describes itself as “a free weekly speculative fiction magazine with a global perspective”. And then there’s the fiction! This brings us to their current fundraiser and a link to their Kickstarter if you’d like to donate something to ensure that this good work continues. Be assured I’m not just making this plug because they gave me a good review – I believe it’s a project worth supporting. Really. 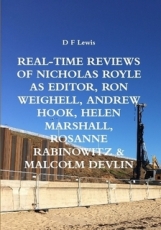 And since we’ve been on the subject of inspiring critics and criticism… Des Lewis has collected his online ‘real-time reviews’ into a series of books. I’m in this one, alongside Nicholas Royle (as editor), Ron Weighell, Andrew Hook, Helen Marshall and Malcolm Devlin. Needless to say, I’m there in excellent company. If you haven’t read it, you can still check out Des’ real-time review of R&R online and see my comments about real-time reviews (and rugelach) here.

Finally, you might be amused by visiting a link to a humorous look at psychogeography in a cartoon by Tom Gauld. Pigeons and focaccia are involved!