Here’s a quick shout-out that Helen’s Story has received another late review, this time from Peter Coleborn. He writes:

Thanks for your kind words, Peter!

In addition, Helen gets a mention on a Spanish website. I’m not sure exactly what they’re saying, but I think it’s good.

Meanwhile, Something Remains has been given one of Des Lewis’ legendary real time reviews. He describes my contribution “The Pleasure Garden”:

“Rosanne’s evolved fragment becomes an evocative summoning of the cranes as the girders of a cat’s cradle genius-loci of South London, now and then.”

Anthony Watson has also selected Something Remains as the year’s best anthology on his Dark Musings blog:

“The stories within are inspired by, and based on, notes left by Joel and each individual author has done a remarkable job in creating them in such a way that you would believe Joel had written them himself. It’s a superbly produced book and I can think of no better way to honour his memory.”

And now for some more downbeat news… non-profit independent publisher Jurassic London has wound up its operations. We’re very sorry to see them go. However, we can take some small comfort that a new home has been found for Jews vs Aliens and Jews vs Zombies  at Ben Yehuda Press. The proceeds will continue to benefit Mosac, a charity that provides support to non-abusing parents, carers and families of children who have been sexually abused.

Moving on to another story published by Jurassic London, I’ve decided to put “Keep Them Rollin'” on my new free fiction page. This story first appeared in the 2015 Jurassic anthology We Need to Talk. While ghost stories are usually the tradition for this time of year, I’m going for some SF: quantum computing meets Universal Credit. It’s the first time I’ve put my own fiction on line, and I enjoyed illustrating it with some appropriate bits and pieces.

I’ll close this post with the song that gave “Keep Them Rollin'” its title – the theme from Rawhide. Below you’ll find my favourite version by The Men They Couldn’t Hang.

On the story page itself I’ve included another cover by US ska punk band Sublime. While it doesn’t have the best sound quality, the clip from Sublime does evoke that late 1980s/early 1990s festival atmosphere. 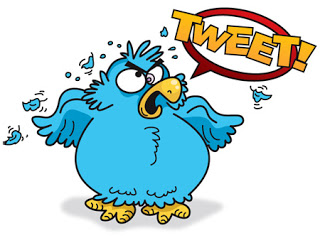 I resisted Twitter for a long time because I saw it as a prime procrastination outlet, similar to the one I find in Facebook.

However, I began to tweet for campaign groups a couple of years ago and enjoyed it. But there I had a defined brief. I tweeted on specific days about specific subjects, which stopped me from getting obsessed or giving into temptation to pile into arguments with well-known timewasters.

Campaign style, however, rules out swearing – and that’s fair enough. However, with recent events I’ve had an increasing urge to send out my very own sweary tweets.

So I’ve joined Twitter at last. I’m still finding my tweeting feet… But I can say that there’ll be a lot of tweeting about writing, reading and ranting. There may be occasional links to articles about quantum physics that I don’t understand.  And I’ll share plenty of music, satire and general geeky things.

I’ll finish with a song by Dubioza Collectiva that I tweeted recently. Dosta! Enough!